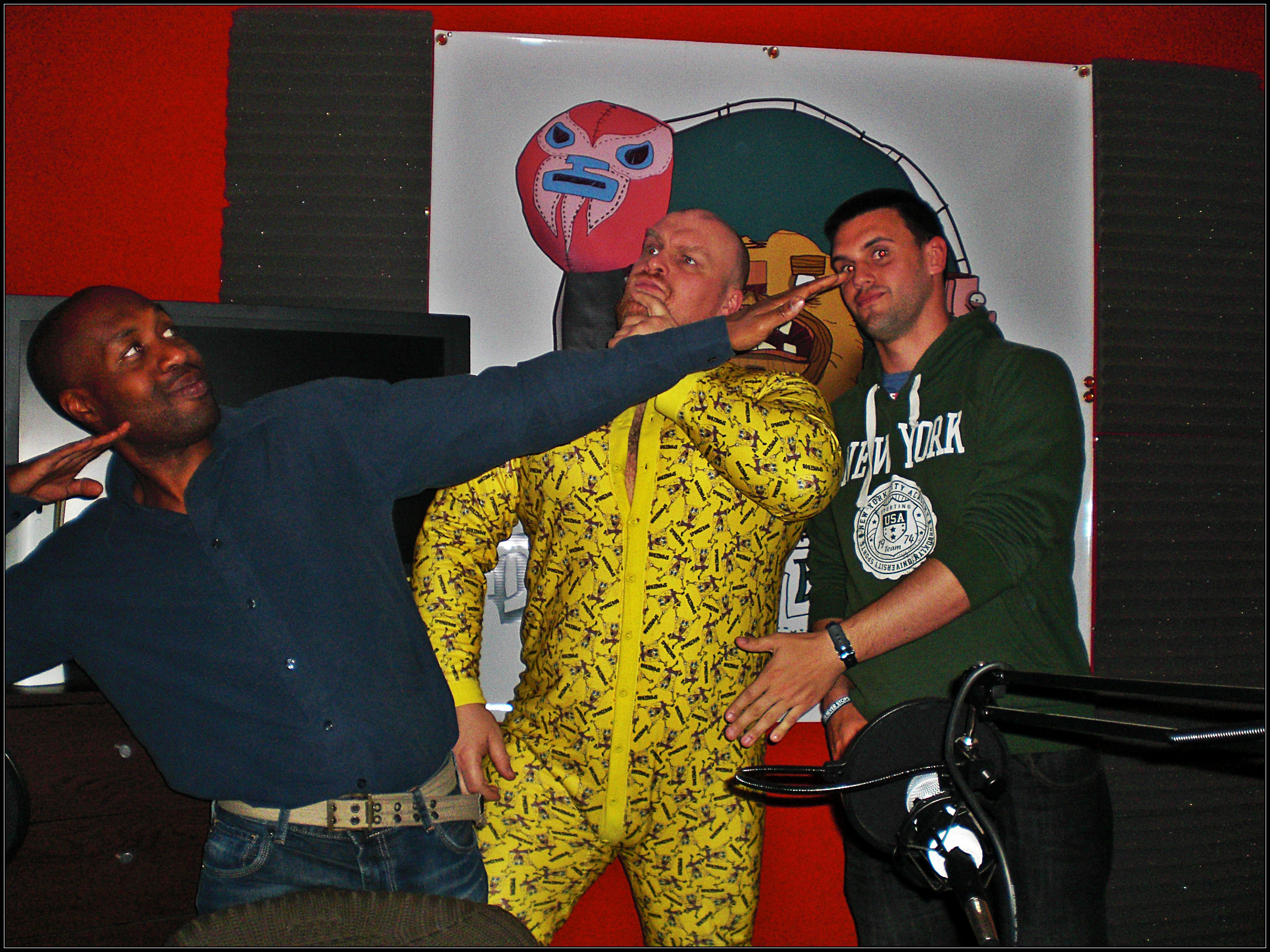 SCOTT is joined by MR PINK, MONEY MAKER MAYNARD (big in oil) and CHRIS MAC in tonight’s show! / Pink talks over the intro, gets called names / Scott is delighted with the new camera layout for the live show / Scott’s squeezed into a Spongebob Squarepants (sized XL) onesie, it’s magnificent / chatroom ladies are all soaked through their gussets after seeing it / ‘Triple M’ (Money Maker Maynard) was at a wedding this week, for a surprisingly nice ‘John’ / Speaking of weddings, Chris Mac just cancelled his. As you can imagine we were nothing but sympathetic / The Olympics were awesome, now it’s the comedown / one US runner finished his race with a broken leg / Scott buys meat from a dodgy butcher, (not our friends at the Tilly Butcher!) and shits himself / then answers the door to the postman / Big thanks to Kevin Porteous for the donation of a new monitor to the studio! / Pink is on cam tonight, and has a chatroom admirer who writes him a poem / things are chaotic tonight, so nothing new there then / all this and more on tonights’ DHB Radio show!

Download tonight’s show now through iTunes, (and be sure to leave us a positive rating there too!), through the FREE Stitcher App on either the iOS or Android Market, listen in STRAIGHT AWAY below, using the audio player on the right of the screen or tune in through the ‘old shows’ page of the site!